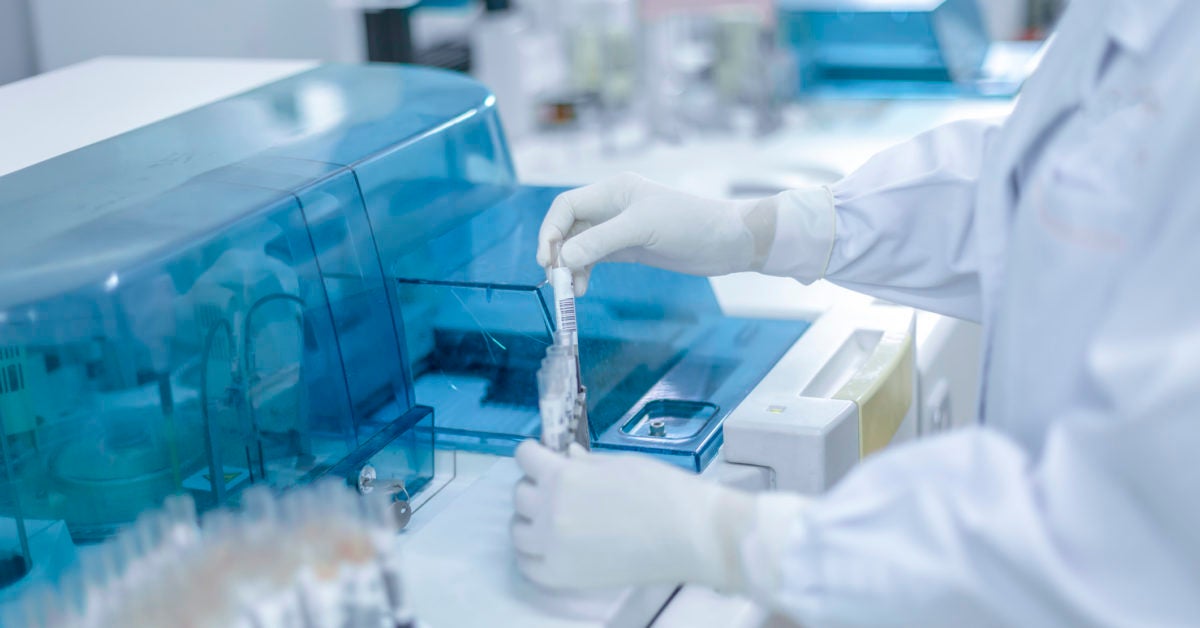 An antibody that scientists first identified in a blood sample from a person who recovered from severe acute respiratory syndrome (SARS) strongly inhibits the virus that causes COVID-19. The scientists who discovered the antibody are racing to bring it to clinical trials.

There are currently no proven treatments for COVID-19, the respiratory illness that the SARS-CoV-2 coronavirus causes, and nobody can say with any certainty when a safe, effective vaccine will be ready.

News of the development of a monoclonal antibody that neutralizes the virus and could, in theory, be ready to treat patients in clinical trials within 5–6 months is, therefore, very welcome.

The antibody, or a combination of different antibodies, may serve either to treat newly infected cases or as a prophylactic in people at high risk of infection.

Molecular biologists can select an antibody that reliably targets a specific protein sequence of a pathogen. Cells that are clones of the original, antibody-producing cell then make millions of identical monoclonal antibodies.

Scientists originally identified the antibody in question in the blood of a person who had had a SARS infection, which results from a virus that is closely related to SARS-CoV-2. The individual had the infection 17 years ago in the SARS outbreak of 2002–2004 and recovered from it.

For several years, researchers at the University of Washington School of Medicine (UW Medicine) have been studying SARS-CoV antibodies from this individual.

Looking for antibodies in someone who had an infection with SARS-CoV rather than SARS-CoV-2 is what “allowed us to move so fast compared to other groups,” says David Veesler, assistant professor of biochemistry at the university and a senior author of the new study.

A company called Vir Biotechnology is now fast tracking the development and testing of the antibody, called S309, with a view to putting it through clinical trials as soon as possible.

The antibody not only neutralizes SARS-CoV and SARS-CoV-2 but may also neutralize other coronaviruses in the same subgenus.

The researchers report their findings in a peer reviewed paper currently undergoing preparation for publication in Nature.

In an unedited version of their manuscript, they write:

“Passive administration of monoclonal antibodies (mAbs) could have a major impact on controlling the SARS-CoV-2 pandemic by providing immediate protection, complementing the development of prophylactic vaccines. Accelerated development of mAbs in a pandemic setting could be reduced to 5–6 months compared to the traditional timeline of 10–12 months.”

They note that in earlier clinical trials, scientists found another monoclonal antibody, ansuvimab, to be a safe treatment for the Ebola virus.

Medical News Today recently reported that another antibody derived from the blood of a SARS survivor is in development.

“Passive antibody therapy” — using antibodies isolated from the serum of someone who has recovered to treat other people with the same infection — has been around since the 1930s.

The scientists at UW Medicine previously identified 19 monoclonal antibodies for SARS-CoV that originated from “memory B cells” in the blood of the person who recovered from SARS. In the latest screen, they identified six more.

Memory B cells are immune cells that can remember a particular infection, potentially for a lifetime, launching a rapid antibody defense when the body encounters the pathogen again.

As COVID-19 spread across the world earlier this year, the scientists began testing these antibodies’ ability to neutralize SARS-CoV-2.

In an initial screen, they identified eight that bound to protein fragments from SARS-Co-V, SARS-CoV-2, and other closely related coronaviruses. Overall, S309 had the highest affinity for the fragments.

To investigate which of the eight candidates were the most potent at inactivating both SARS-CoV and SARS-CoV-2, the team used “pseudoviruses” rather than working with the coronaviruses directly.

When studying a dangerous pathogen, virologists can create a pseudovirus from the envelope of the pathogenic virus and the genetic material of another, harmless virus. The resulting virus can invade host cells but is incapable of replicating itself and spreading.

Of the eight candidate antibodies, S309 was highly effective at inactivating both SARS-CoV and SARS-CoV-2, whereas the others had more variable potency.

Finally, the researchers used an imaging technique called cryo-electron microscopy to investigate the structure of S309 and the mechanism by which it inactivates SARS-CoV-2.

They discovered that S309 binds to a site near the apex of the spikes that the virus uses to invade human cells.

The antibody binding site, or epitope, is close to the part of the spike that latches onto a receptor called ACE2, which is present in particularly high concentrations on the outer membranes of cells in the lungs, blood vessels, and gut.

The epitope to which S309 binds exists on the spikes of several closely related coronaviruses. This suggests that it targets a crucial, “conserved” part of the viruses that has changed little in their recent evolution, reducing the likelihood that SARS-CoV-2 will evolve a way to evade it.

“We still need to show that this antibody is protective in living systems, which has not yet been done,” Veesler cautions.

However, the researchers’ paper reports that variants of S309 that are more stable and effective have already entered an “accelerated development path.”

The next stage will be clinical trials to test whether the antibody is safe and neutralizes the virus in people.

Researchers may combine S309 with other antibodies that bind more weakly to SARS-CoV-2 and closely related coronaviruses.

A combination of antibodies might make a more effective treatment and further disable the ability of the new coronavirus to evolve an escape mechanism, say the researchers.

Such a treatment could also prove a valuable weapon to have ready in case of a future coronavirus pandemic.