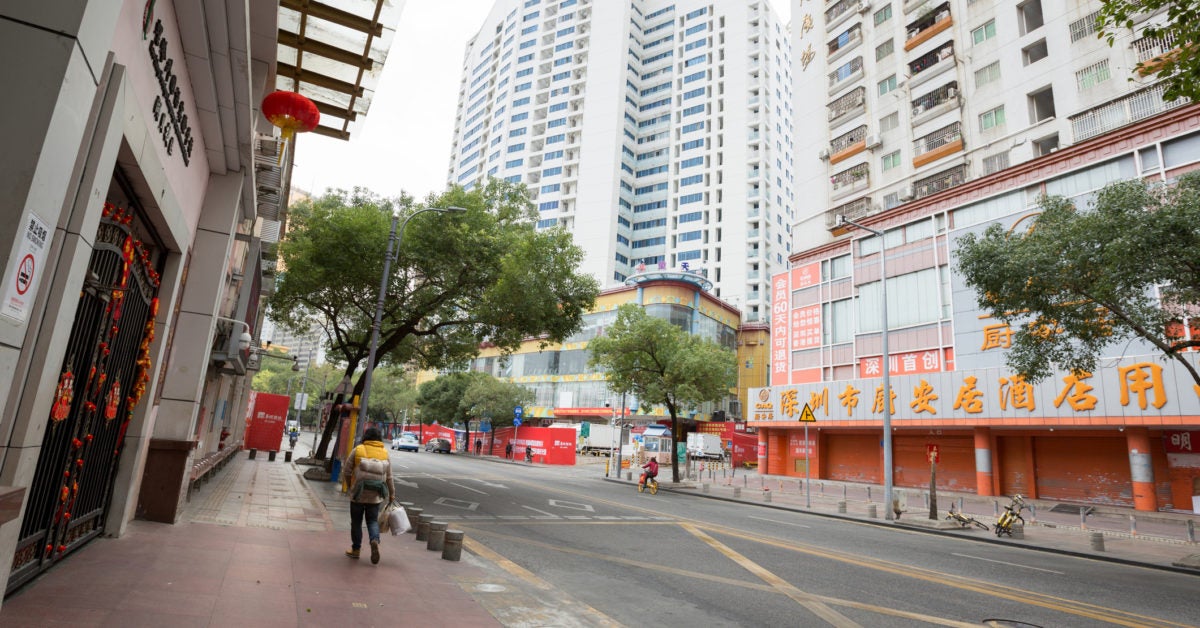 A new report assessing the effectiveness of China’s emergency response during the early stages of the COVID-19 outbreak suggests that measures such as the travel ban may have prevented more than 700,000 cases outside Wuhan.

“The number of confirmed cases in China by day 50 (February 19) of the epidemic was around 30,000,” notes Prof. Christopher Dye, from the University of Oxford in the United Kingdom.

Prof. Dye and colleagues, who hail from several other international institutions, have recently issued a report analyzing the effectiveness and impact of the national emergency measures implemented by Chinese authorities during the COVID-19 outbreak in Wuhan.

“Our analysis suggests that without the Wuhan travel ban and the national emergency response, there would have been more than 700,000 confirmed COVID-19 cases outside of Wuhan by that date,” says Prof. Dye.

In their report, which now appears in the journal Science, the investigators assessed case reports, datasets tracking human movement within China, and records of public health interventions in the case of the COVID-19 outbreak.

The researchers were able to examine the movements of 4.3 million people as they moved away from Wuhan between January 11 and January 23, the latter date being when Chinese authorities enforced the travel ban.

They also looked at what types of control measures authorities implemented in other Chinese cities, when they implemented them, and the numbers of new COVID-19 cases that officials reported on a daily basis.

“One fascinating aspect of our work is that it shows the power of novel data streams such as cell phone mobility data,” says report co-author Prof. Ottar Bjornstad, from Pennsylvania State University in University Park.

“Since the time period we studied included the Spring Festival holiday and Chinese Lunar New Year, we were able to compare patterns of travel into and out of Wuhan during the outbreak with cell phone data from two previous spring festivals,” he adds.

Using such datasets, the researchers were able to determine that the nationwide travel ban potentially prevented the emergence of hundreds of thousands of new COVID-19 cases outside Wuhan.

“The analysis revealed an extraordinary reduction in movement following the travel ban of January 23, 2020. Based on [these] data, we could also calculate the likely reduction in Wuhan-associated cases in other cities across China,” Prof. Bjornstad notes.

The researchers’ analysis also suggests that because Chinese authorities sent the city of Wuhan into lockdown early on in the outbreak, other cities had enough time to put in place appropriate measures for the eventual expansion of the outbreak to their populations.

“This delay provided extra time to prepare for the arrival of COVID-19 in more than 130 cities,” says report co-author Huaiyu Tian, an associate professor of epidemiology at Beijing Normal University in China.

Thanks to the time the citizens of Wuhan bought them, other cities were able to plan for measures including banning public gatherings, suspending all public transport, and closing down public venues.

Overall, cities outside of Wuhan that implemented these comprehensive response measures saw 33.3% fewer confirmed cases of COVID-19 during each of their first weeks of the outbreak than those that did not.

However, the report’s authors also caution that further outbreaks are still possible in China.

“Given the small fraction of the Chinese population that has been infected, a much larger number of people remain at risk of COVID-19. We are acutely aware that resident or imported infections could lead to a resurgence of transmission,” Tian says.

The specialists also point out that there is a significant likelihood that, in the future, SARS-CoV-2 may become endemic at a global level — namely, that it will become a seasonal virus, coming and going much like the flu viruses.

Should that be the case, the world must learn to face regular comebacks of SARS-CoV-2.

“It is critical to keep in mind that this virgin epidemic likely will affect people of different ages and susceptibilities, and therefore have different fatality levels, than possible subsequent seasonal epidemics.”