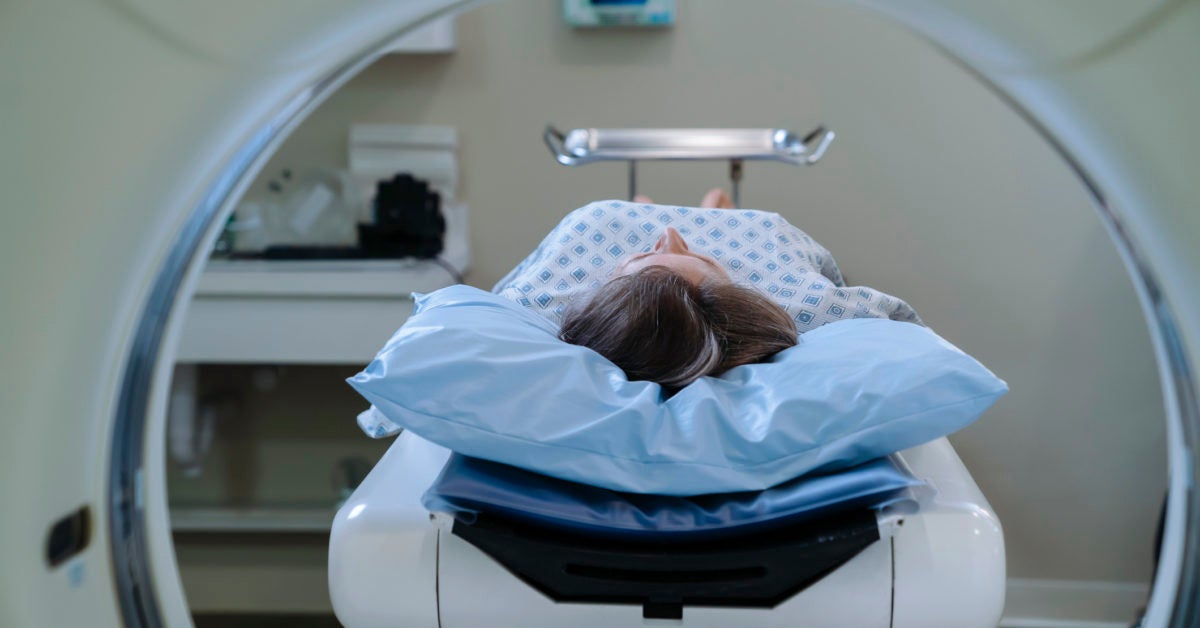 People with COVID-19 often experience gastrointestinal symptoms. An analysis of abdominal scans suggests that blood clots in small arteries may starve bowel tissue of oxygen in the most severely ill patients.

In the early stages of the COVID-19 outbreak in China, doctors believed the main symptoms to be fever, cough, muscle pain, and fatigue.

SARS-CoV-2, the new coronavirus responsible for COVID-19, uses a receptor protein called angiotensin converting enzyme 2 (ACE2) on the outer surface of cells to break into them.

As a result, tissues that carry a lot of the ACE2 protein on their cell surfaces may be especially vulnerable to infection by the virus and subsequent damage.

ACE2 is abundant on the cells lining the alveoli of the lungs, but large concentrations of the protein also exist on cells that line the small intestine and those lining blood vessels.

Providing further evidence of the vulnerability of the gut, scientists have detected the virus in stool samples from COVID-19 patients.

Recently, clinicians at Massachusetts General Hospital in Boston carried out the first analysis of abdominal scans, revealing changes in the liver and intestine that they associate with the infection.

They report their findings in the journal Radiology.

The researchers studied the records of 412 adults with COVID-19 whom doctors had admitted to the hospital between March 27 and April 10, 2020. Of these, 136 received treatment in intensive care.

Around one-third of all the patients were experiencing gastrointestinal symptoms when they came into the hospital. This is a similar proportion to that of participants of a self-tracking study who had tested positive for SARS-CoV-2.

The medical teams did a total of 42 CT scans — mostly of patients in intensive care with abdominal pain or sepsis — revealing abnormalities in the small intestine, including thickening of the wall.

They found four patients had gas filled cysts in the intestine wall or pockets of gas in their portal vein, the blood vessel that carries nutrients from the gut to the liver. These are signs of ischemia where tissue is oxygen starved.

Subsequent surgery and pathology findings revealed yellow discoloration in the intestine wall and patches of necrotic, or dead tissue. There were also blood clots in arterioles — the small arteries — within the wall adjacent to the necrotic tissue.

“Some findings were typical of bowel ischemia, or dying bowel, and in those who had surgery, we saw small vessel clots beside areas of dead bowel,” says first author Dr. Rajesh Bhayana, abdominal imaging fellow in the Department of Radiology at the hospital.

“Patients in [intensive care] can have bowel ischemia for other reasons, but we know COVID-19 can lead to clotting and small vessel injury, so [the] bowel might also be affected by this.”

Previous research has implicated abnormal blood clotting in the deaths of severely ill patients with the disease who doctors treated in intensive care.

In their paper, the researchers call for further studies to determine whether the virus plays a direct role in damage to the bowel as a result of blood clots.

The paper also reports that patients with raised levels of liver enzymes in their blood, a sign of liver damage, also received ultrasound scans of this region of their abdomen.

Of 44 scans the medical teams performed, around half revealed that the gallbladder was dilated and filled with a sludge-like fluid. This suggests a condition known as cholestasis where the normal flow of bile from the gallbladder into the intestine is decreased.

The authors write that this is common among patients in intensive care, making it difficult to draw firm conclusions about the cause.

A significant limitation of the study is that it was retrospective, and the researchers carried it out in a single hospital, which they say means they cannot generalize the results.

“The cause of bowel abnormalities in patients who did not go to surgery remains uncertain. Further studies are required to clarify the cause of bowel findings in patients with COVID-19, in particular, the role of small vessel thrombi and coagulopathy in bowel ischemia, and to determine whether SARSCoV-2 plays a direct role in bowel or vascular injury.”

It is also worth noting that these findings only relate to the most severely ill patients with a viral infection, namely those who receive treatment in the hospital.