How the ‘model minority’ myth affects well-being and mental health 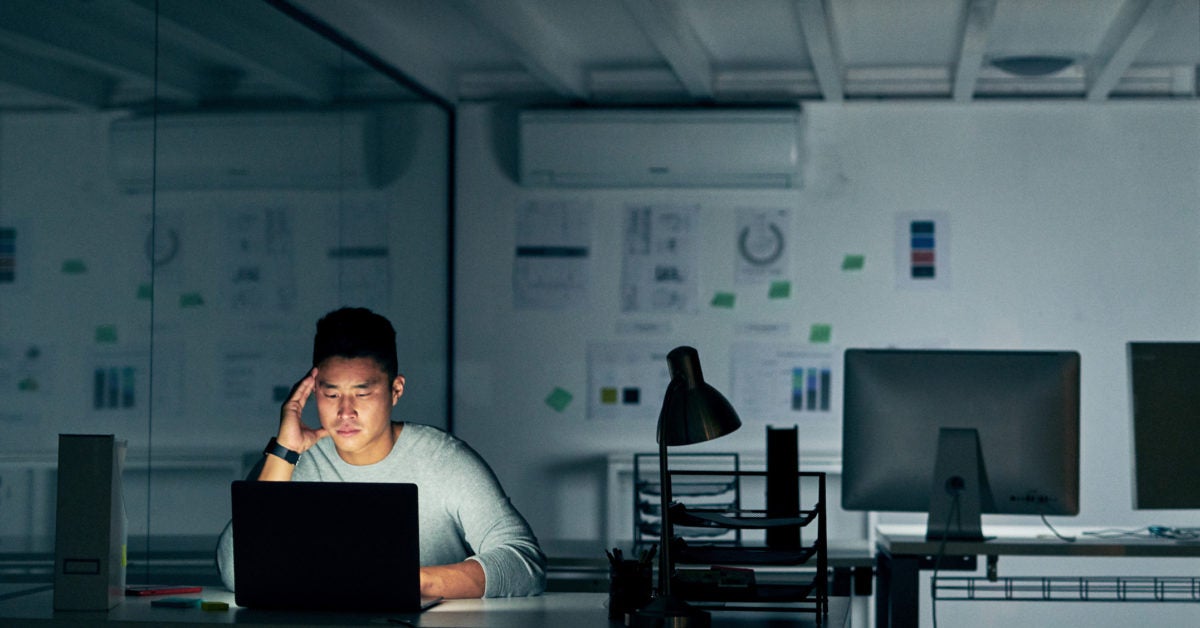 The “model minority” myth implies that certain ethnic minorities are better than others: better at adjusting to a different culture, more hardworking, more academically gifted. But this false narrative can segregate communities and cause a lot of harm to mental health and other aspects of well-being.

Recently, public discussions and debates around the many and varied manifestations of racism and discrimination have brought back into focus the impact of a decades-old narrative haunting the United States: the model minority myth.

It suggests that some ethnic minorities are exemplars by others. A model of conduct, socio-cultural integration, and academic proficiency, among others.

On the surface, the model minority set-up may sound positive. However, it has historically led to ethnic segregation, and promotes stereotypes that impact well-being and aspects of mental health. It can also prevent individuals from seeking and receiving any formal support they may need.

Traditionally, this narrative has targeted primarily Asian-American groups, pitting them against other ethnic minorities, and instilling a mindset of self-stigmatization.

To better understand the impact of this myth on well-being and healthcare, Medical News Today reached out to Hee-Young*, an Asian-American who has been working hard to unpick the effects of the model minority myth on her own life, and to Prof. Gordon Nagayama Hall, from the University of Oregon.

The model minority myth is not a new phenomenon. It has its roots in political narratives promoted in the U.S. during the Cold War.

In 1965, President Lyndon B. Johnson proclaimed the Immigration and Nationality Act of 1965, which eased previous restrictions on immigration from Asian countries. It came in symbolic opposition to prior acts of violence against people of Japanese and Chinese ancestry.

The concept of model minority first appeared in a 1966 article from The New York Times, entitled “Success Story, Japanese-American Style,” which alluded to the discrimination and violence suffered by Japanese people at the hands of U.S. authorities before and during World War II. It then proceeded to commend these individuals for having successfully integrated into North American society.

Similar articles followed this, all focused on the successful integration of Asian groups in the U.S. One example is “Success Story of One Minority Group in U.S.,” which appeared in U.S. News and World Report, and seemed to praise the progress of Chinese-Americans.

In speaking to MNT, Hee-Young emphasized that to properly understand the pervasiveness and negative impact of the model minority myth, one must first understand its history:

“I think what’s so crucial to understand this is that, first [we should not remove] that ‘myth’ part of the in that phrase [model minority myth], because it is a myth in such an intentionally crafted […] way. I think that’s what so many people don’t know […] It was so intentionally created to maintain this idea of white superiority and white supremacy, and to hurt other minority groups and pit them against each other.”

It also rendered those, who internalized positive stereotypes promoted by the myth, to feel inadequate if they experienced mental, emotional, academic, or economic turmoil, putting them off from seeking help for fear of tainting that positive image.

Finally, it has also contributed to the lack of adequate healthcare services and medical research through the lumping together of Asian-American — and, more recently, Native Hawaiian and Pacific Islander — populations without acknowledging cultural, socioeconomic, and other differences between these groups.

“Population projections indicate we are going to be a very diverse America. But if we don’t recognize the diversity with the Asian American, Native Hawaiian, and Pacific Islander populations, we’re not going to have a good picture of the health outcomes for these groups,” says study co-author Lan Doan, a doctoral researcher at Oregon State University.

“There are ethnic and cultural groups that need more tailored health interventions. Public health is not one size fits all,” she emphasizes.

The long-lived circulation of the model minority myth has also meant that many ethnic minority individuals in the U.S. have internalized the stereotypes it promotes. Therefore, they have to be indomitably hardworking, academically gifted, and ultimately successful in their careers and economic goals.

In speaking to MNT, Prof. Hall told us this myth tends to affect later-generation Asian-Americans a lot more than first-generation migrants.

“The myth is U.S.-based, and those born in the U.S. are more exposed to the myth and more influenced by it than their immigrant parents,” he explained.

Other specialists suggest those who have internalized the model minority myth may feel additional pressure to succeed, which can affect their mental health and well-being.

More specifically, “Research by Brandon Yoo and colleagues indicates that the impact of the myth on Asian-Americans is negative emotions and feeling inferior to others,” Prof. Hall told us.

Hee-Young corroborated this with her personal experience. She told MNT: “I personally had internalized that racism and oppression so intensely, and I saw myself becoming the smaller one and becoming the inferior one, especially when I was interacting with my white friends or other white people, and I [initially] didn’t understand where it came from.”

The internalized pressure to perform can also lead individuals to experience impostor syndrome, or feelings of shame and guilt as they face a fear of letting others down.

A 2020 study published in The Counseling Psychologist indicates this. In a group of 433 Asian-American university students, it found that there was a “positive association between impostor feelings and psychological distress […] partially mediated by interpersonal shame.”

“When Asian-Americans’ academic performance or other achievements do not live up to the myth, they may struggle internally. Even if they personally perceive the model minority myth to be a myth, there may still be family or community pressure to live up to it.”

While Hee-Young did not feel impostor syndrome was an adequate term to describe her own experiences, she noted that the systemic racism subtly spreading the model minority myth helped make her feel silenced, occasionally inadequate, and emotionally fatigued.

“It definitely affected me in all these ways, and I’m still unpacking how it’s affected me,” Hee-Young said.

“Because I showed those tendencies [that appeared to be consistent with the stereotypes], because other people said that about me, because I thought, ‘oh yeah, Asian people are quiet and hardworking,’ so maybe that’s just the way I am.”

“I feel so silenced and so exhausted […],” she continued. “But that’s a tendency I have, and I think so much of it has been shaped by the ways that I understood myself, and the ways that I told myself that I was, because of all these external factors.”

Hee-Young’s well-being has also been affected by another contradiction that she has had to grapple with: living with undocumented status while being a so-called model minority.

This has further contributed to her sense of fear and silencing:

Internalization of the model minority myth also stops people from seeking mental healthcare even if they need it.

In a chapter featured in the book Prejudice, Stigma, Privilege, and Oppression, Prof. Hall and his collaborator, Ellen R. Huang, speak of why Asian-Americans are largely invisible as clients and patients in healthcare.

They explain that while Asian Americans appear to have a lower prevalence of mental illnesses than the general U.S. population, they are also less likely to seek care when they do need it.

Past studies suggest a direct relation between internalized positive stereotypes and a reluctance to access mental healthcare among those affected by the model minority myth.

For instance, a study published in Cultural Diversity and Ethnic Minority Psychology in 2014 explained: “The inverse relation between internalized model minority myth and help-seeking attitudes is consistent with the argument that the model minority stereotype acts as a barrier in Asian American help-seeking.”

“One possibility is that a stronger belief in the model minority myth may motivate an individual to highly value emotional self-control to maintain a positive self-image of what it means to be an Asian American in the [U.S.],” its authors hypothesize.

But there are other obstacles at play as well. In Prejudice, Stigma, Privilege, and Oppression, Prof. Hall and Huang explain that many mental healthcare professionals are ill-equipped to address the impact of stereotypes, such as those perpetuated by the model minority myth, and that they often downplay the emotional effect of subtle discrimination in the form of microaggressions.

“These include the ‘forever foreigner’ stereotype, assuming that an Asian American is not fully American. This can create a sense of exclusion,” he noted.

“The achievement stereotype can create unrealistic performance expectations for Asian Americans. Psychologists’ stereotypic approaches to Asian Americans (e.g., all Asian Americans are family-oriented, expect structure in therapy) can also interfere with a therapeutic alliance. Rather than making broad assumptions about Asian Americans as a group, a personalized approach, that integrates universal, cultural group, and individual considerations, is most likely to be effective in therapy.”

Prof. Hall argued for the importance of proper cultural training for mental healthcare professionals, explaining that this would help specialists better address their clients’ individual experiences within the context of their cultural mindsets, among others.

Hee-Young also told MNT that she was able to benefit from counseling sessions, mainly thanks to the fact that her counselor understood her experience as an undocumented person and an Asian American.

“[I went to see the counselor who] was the point person for the undocumented student group. […] I told him about my [undocumented] status […] He was also Asian American, so that was also a big [factor],” Hee-Young said.

Aside from promoting encounters with professionals who understand their needs and backgrounds, Prof. Hall argued that Asian Americans should also receive more visibility in medical research.

“Additional research and training health professionals about these stereotypes are the first steps in eradicating them.”

* This is not the contributor’s real name. We have used a pseudonym to protect her identity.