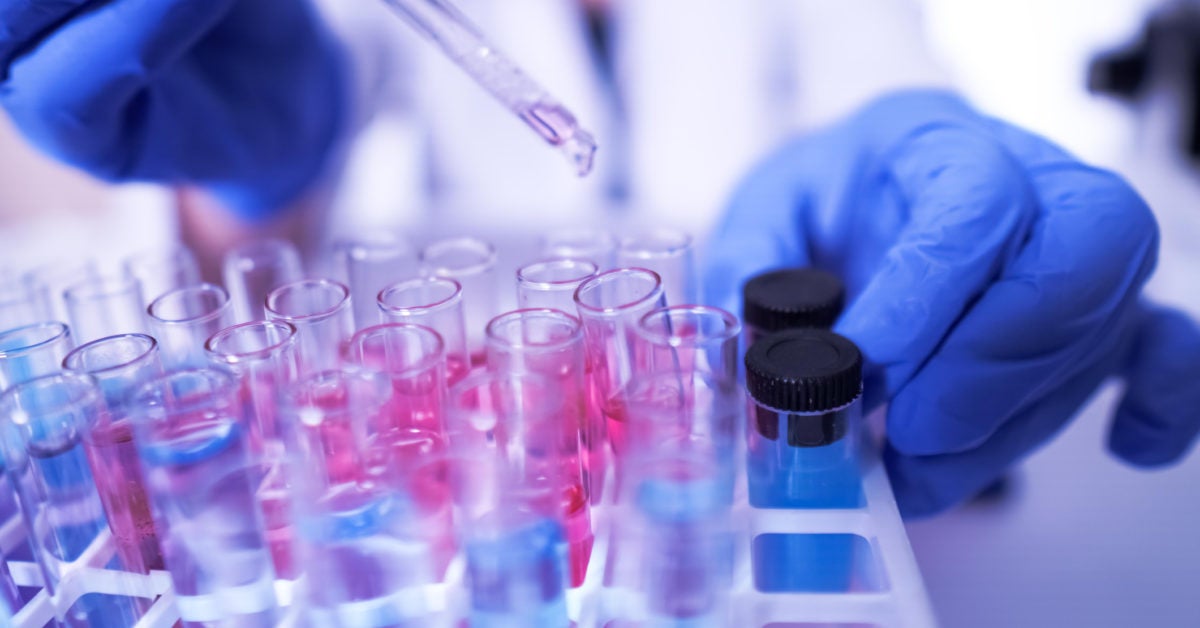 By mapping interactions between human proteins and the new coronavirus, researchers have pinpointed 29 potential treatments using drugs already approved by the Food and Drug Administration (FDA) for a wide range of other conditions.

There is currently no vaccine or antiviral drug with proven efficacy against SARS-CoV-2, the virus that causes COVID-19, though several clinical trials are underway.

Lack of in-depth knowledge about how the newly emerged virus interacts with human cells has hampered the hunt for an effective treatment.

A study set for publication in the journal Nature marks a significant leap forward in our understanding of the interaction between the virus and its host. An unedited PDF of the peer-reviewed paper is available for download.

Prof. Nevan J. Krogan, from the University of California San Francisco (UCSF), is the last author of the study.

The research also identifies dozens of potential drug candidates, including 29 already approved by the FDA for treating cancer, type 2 diabetes, and schizophrenia, among other conditions.

Viruses work by hijacking the machinery of their host cell to make copies of themselves, which can then go on to infect other cells.

“To devise therapeutic strategies to counteract SARS-CoV-2 infection … it is crucial to develop a comprehensive understanding of how this coronavirus hijacks the host during the course of infection, and to apply this knowledge towards developing both new drugs and repurposing existing ones.”

In 2011, Prof. Nevan Krogan and his colleagues at UCSF discovered a way to map all the human proteins that a virus needs to survive and replicate.

The idea is that drugs targeting these proteins can potentially disrupt the replication of the virus.

The technique, which they call affinity purification mass spectrometry, involves first synthesizing genes from the virus and then injecting them into human cells in the lab.

The first protein “interactome” map they created was for HIV and led to the development of one of the drugs in the cocktail used to treat the virus.

The researchers have also mapped the viruses that cause Ebola, dengue fever, Zika virus, West Nile fever, and several other diseases.

Early this year, the scientists led a collaboration of 22 labs in the United States, France, and the United Kingdom that worked around the clock to complete a protein interactome map for SARS-CoV-2.

“This was a huge effort led by Nevan Krogan’s team at UCSF,” says Prof Bryan L. Roth, MD, Ph.D. of the University of North Carolina School of Medicine in Chapel Hill, NC, which was part of the collaboration. “It is amazing this team of 100 researchers completed this so fast, given that the genetic sequence of the virus was not available for study until January.”

They identified 332 interactions between human and viral proteins. Among the human proteins involved in these interactions, 66 are targeted by 69 known compounds (29 FDA-approved drugs, 12 drugs in clinical trials, and 28 in preclinical development).

When the researchers screened these compounds in human cell cultures, most did not affect the virus. However, they discovered some potent ones, which fell into two groups.

Some of the drugs inhibited protein production, while others interacted with regulators of a pair of receptor proteins known as Sigma1 and Sigma2.

Some of the drug candidates are antibiotics that are known to kill bacteria by disrupting the cellular machinery they use to build their proteins.

Two other candidates are the antimalarial chloroquine and hydroxychloroquine, which bind to the sigma1 receptor.

Doctors, scientists, and other experts have shown considerable interest in using these antimalarials to treat severe COVID-19. Unfortunately, these drugs also bind to several other human proteins, which make them toxic at high doses, according to an original investigation published in JAMA Network.

In particular, they bind to the protein hERG, which can trigger potentially fatal cardiac arrhythmia. Last week, the Food and Drug Administration (FDA) issued a warning about the dangers of using chloroquine and hydroxychloroquine for treating COVID-19.

Chloroquine, in particular, has sparked significant controversy around its use for COVID-19. In their Nature paper, Prof. Krogan and the team found that other compounds target the new coronavirus in a more promising way — such as the anticancer drug PB28.

Prof. Krogan and the team report that a variety of other FDA-approved drugs also target the sigma receptors. The drugs include progesterone, some drugs used to treat allergies, and the antipsychotic haloperidol.

They write that the most promising drug is an experimental anticancer drug called PB28. They found the drug was 20 times more potent than hydroxychloroquine at deactivating the new coronavirus.

Unlike the two antimalarials, PB28 does not bind to the hERG protein. This means that it may be safer at high doses.

Prof. Krogan told the New York Times that scientists have already begun some animal studies to test whether PB28 lives up to its early promise.

A large, unintentional trial of many of the drugs that Prof. Krogan and his team identified is already underway. Because doctors are already treating many COVID-19 patients with these drugs for unrelated conditions, it will be informative to see whether a pattern emerges in their survival rates.

They write: “Many COVID-19 patients will be on the drugs identified here, treating pre-existing conditions. It may be useful to correlate clinical outcomes with the taking of these drugs, cross-referencing with the networks described here.”

In their work with SARS-CoV-2 and other viruses, the researchers have uncovered shared mechanisms that the pathogens use to co-opt their host’s molecular machinery in the course of infection.

They speculate that this may mean that scientists can identify drugs that are effective against a wide range of viruses. These could even include future infections that, like the coronaviruses, have jumped from animals into humans and have the potential to cause the next pandemic.

One important limitation of the new research is that scientists carried it out in cell cultures in the lab. Large clinical trials are needed to prove a drug’s safety and efficacy in patients.

Nonetheless, the fact that the FDA have already approved these drugs for use in other diseases gives them a headstart.

Another caveat that the researchers note in their preprint is that some of the interactions between viral proteins and human proteins identified could be part of the cells’ own attempt to fight off infection.

“It is important to note that pharmacological intervention with the agents we identified in this study could be either detrimental or beneficial for infection,” they write.

In other words, some of these drugs could make the progress of COVID-19 worse, so the drugs should only be tested under very tightly controlled clinical research conditions.