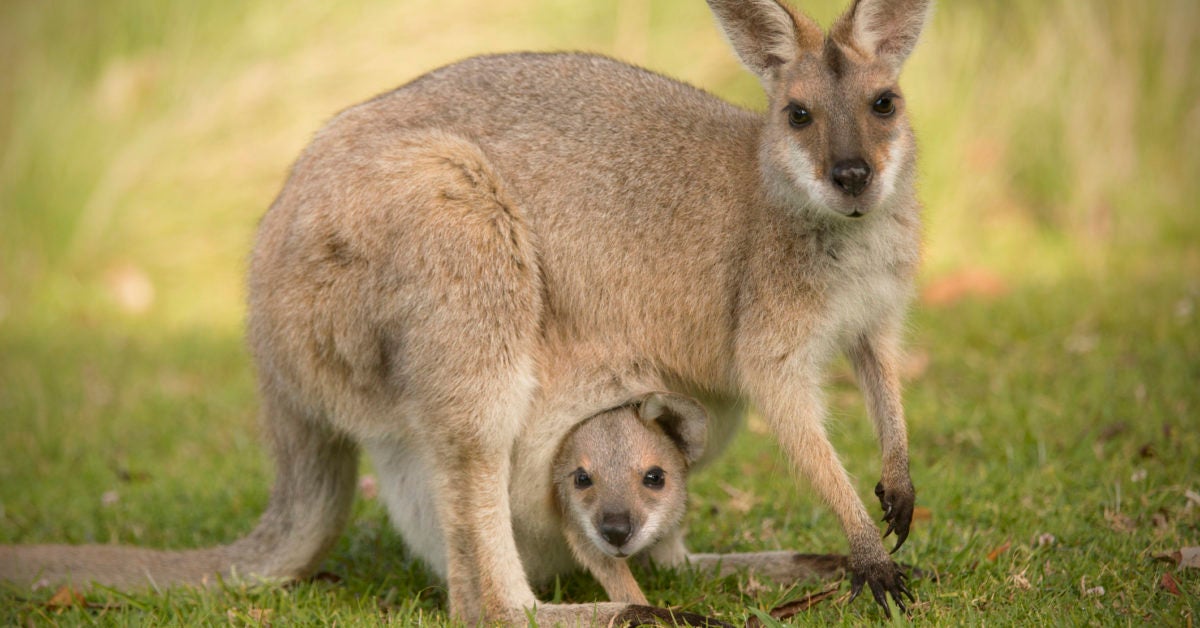 A new study has found that female swamp wallabies can mate and conceive while still carrying a full-term fetus. This allows them to be continuously pregnant throughout their adult life.

These results appear in the journal Proceedings of the National Academy of Sciences.

Unlike human females — who give birth after 9 months of pregnancy and are unlikely to conceive again for another 6 months, if they breastfeed the baby — kangaroos and wallabies have much shorter pregnancies. They can ovulate and mate again just hours after giving birth.

Although humans have evolved to maximize the length of their pregnancy in order to give birth to well-developed offspring, female kangaroos and wallabies pack as many pregnancies as possible into their adult life.

They give birth to tiny young, which must then spend months completing their development in an external pouch, where they suckle. The mothers can become pregnant again just a few days after giving birth.

In fact, researchers believe that female kangaroos and wallabies can be simultaneously supporting young at three stages of development: an embryo in the uterus, a joey in the pouch, and an offspring at her feet.

For some time, however, biologists have suspected that female swamp wallabies take this evolutionary strategy to the next level — possibly conceiving during an active pregnancy.

The evidence for this was that females’ 28-day “estrous” cycles — or the physiological changes induced by their reproductive hormones — are a few days shorter than their pregnancy. There were also reports of females mating before the end of an existing pregnancy.

If true, this would make them the only female mammals that are permanently pregnant throughout their reproductive life.

Scientists at the Leibniz Institute for Zoo and Wildlife Research in Berlin, Germany, and the University of Melbourne in Australia decided to settle the matter once and for all.

They regularly examined the urogenital tracts of six pregnant swamp wallabies and found sperm 1–2 days before the animals gave birth — but at no other time.

The researchers also used high resolution ultrasound to monitor the pregnancies of four other pregnant females. This confirmed that the animals ovulated and became sexually receptive 1–2 days before giving birth.

All female marsupials can mate within hours of giving birth. This is only possible because they have two cervixes and two uteruses, each connected to a separate ovary.

The ovaries take it in turn to ovulate, which helps minimize the length of time the female is not sexually receptive.

Swamp wallabies take this strategy a step further, the researchers found. While a fetus was finishing its development in one uterus, ovulation was already occurring in the ovary connected to the other uterus.

The swamp wallaby fertilized the resulting egg a few days before giving birth to the fully grown fetus. The new embryo then remained in a dormant state, known as “diapause,” until the joey had left the pouch around 9 months later.

“What we found amazed us — the females come into estrus, mate, and form a new embryo 1–2 days before the end of their existing pregnancy. The swamp wallaby is the only mammal known to be continuously pregnant in this way.”

So, a female swamp wallaby can actually support young at four stages of development: a dormant embryo in one uterus, a fetus in the other uterus, a joey in the pouch, and an offspring at her feet.