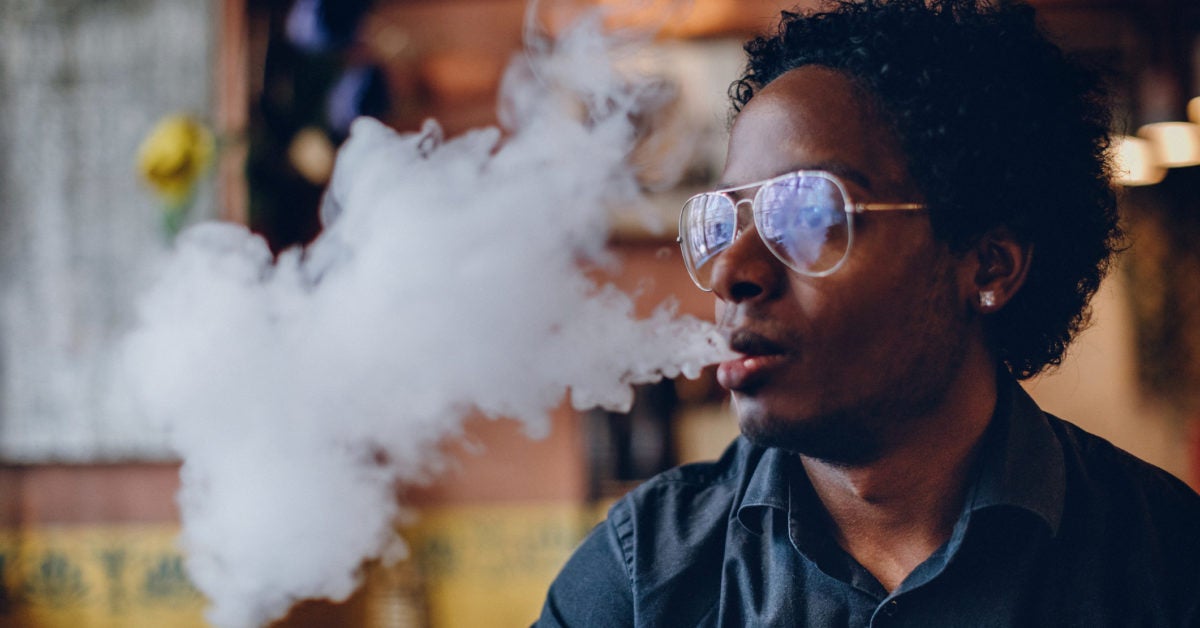 Researchers from New York University (NYU) College of Dentistry are the first to show that the use of e-cigarettes may allow infection-causing bacteria to flourish in the mouth.

An increasing number of people are turning to e-cigarettes, or vapes, as an alternative to conventional cigarettes. However, questions remain about the safety of these devices and their long-term health effects.

Now, research from NYU College of Dentistry shows that vaping changes the community of bacteria in the mouth — the oral microbiome — in a way that puts users at higher risk of infection than cigarette smokers and nonsmokers.

The new study appears in the open access journal iScience.

E-cigarettes are popular among cigarette smokers because they offer a way of getting a nicotine hit without the health risks of tobacco, such as lung damage and a higher risk of cancer.

However, e-cigarettes have also become popular with people who have never smoked, especially among those between the ages of 18 and 24 years. More than 20% of high school students and 5% of middle school students use vapes, according to 2018 CDC data.

The rise in vaping, particularly among young people, has raised concerns, as no long-term data are available on its health effects.

Reports of lung disease among teen and young adult users, as well as the identification of diethylene glycol (a toxic compound present in antifreeze) and potentially cancer-causing agents, such as aldehydes, in e-cigarette cartridges, have highlighted the need for more research in this area.

The new research assessed the effects of these compounds on the first part of the body that they reach: the mouth. As well as being a route for air to enter the lungs, the mouth is also a gateway for microbes.

Having microbes in the mouth is not necessarily a bad thing. There are trillions of bacteria living in the body — on the skin, in the gut, and in the mouth — where they help us fight infections and digest food.

In this paper, researchers evaluated the effect of vaping on the bacterial community in the mouth, which exists in a delicate balance. Changes to this microbial community can contribute to oral disease.

“Given the popularity of vaping, it is critical that we learn more about the effects of e-cigarette aerosols on the oral microbiome and host inflammatory responses in order to better understand the impact of vaping on human health,” explains co-senior author Xin Li, Ph.D.

The scientists profiled the microbial communities present in the saliva of 119 people across the three groups, using a specialized type of genetic sequencing.

They found significant changes to the oral microbiome of the vapers.

In comparison with the cigarette smokers and nonsmokers, vapers had higher numbers of bacteria called Porphyromonas and Veillonella, which have an association with gum disease and are a reflection of “compromised periodontal health,” according to Li.

They also found higher levels of two inflammatory markers in the group of vapers, which suggests that vaping affects the local immune system.

To look at the effects of e-cigarette fumes on individual cells, the scientists cultured cells from a human pharynx with bacteria and exposed them either to the aerosol from an e-cigarette or to air.

They found that many more cells became infected by the bacteria when they were exposed to e-cigarette aerosols. These cells were also more likely to become inflamed.

“Our study suggests that vaping electronic cigarettes causes shifts in the oral environment and highly influences the colonization of complex microbial biofilms, which raises the risk for oral inflammation and infection.”

Experts have linked oral microbiome changes with diseases ranging from tooth decay and bad breath (halitosis) to diabetes, heart disease, and even cancer.

Although this study does not show that vaping can cause these diseases, it does show that it is associated with significant changes to the bacterial community in the mouth.

These findings also suggest that, like smoking conventional cigarettes, vaping increases the risk of oral infections.

However, it is important to remember that some of these findings came from cells that the scientists had cultured under controlled conditions, which do not behave in the same way as cells in the human body.

The scientists say that more detailed studies are necessary to understand how e-cigarette aerosols interact with so-called good bacteria and the implications that this may have for oral, respiratory, and cardiovascular health.